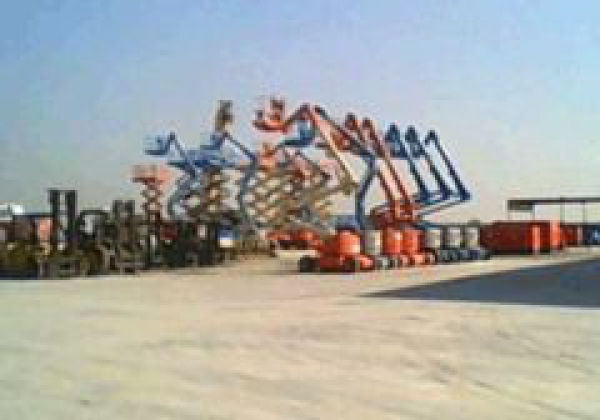 GAM Arabia's rental yard is located between Dammam and Jubail in Saudi Arabia.

GAM's Saudi Arabian rental joint venture has been up and running since May last year and is soon to open a second rental location in the country.

GAM Arabia, a 50/50 joint venture with Saudi Arabia's Eastern Trading & Conts. Group (ETE), has been running a single branch on the main road between Dammam and Jubail on the east coast of the country. A second depot in the country's capital, Riyadh, is set to open by May this year.

The company has 200 machines in its fleet and a fifth consignment of equipment with an additional 100 machines is scheduled to arrive in the country before the end of January.

Mr Balaghi says utilisation rates for the fleet are currently at around 65%, with equipment located at up to 16 different sites. The operation is being run by locally recruited staff - around 10 mechanics, two engineers and five administration staff - and Mr Balaghi says that a further 10 mechanics are to be recruited as the fleet grows.

GAM Arabia employs one Spanish mechanic and two others are to be employed soon, and the business is being run by general manager Jose Antonio Aguado. Mr Aguado is employed by GAM Arabia but he was previously in charge of GAM's industrial rentals business in Spain.

For more on this story see the January-February issue of IRN for a special feature on the rental market in the Middle East.