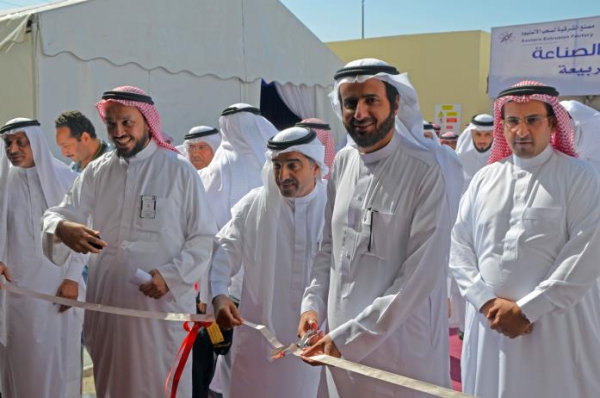 The Aluminum extrusion is becoming the most viable solution to meet the specific manufacturing needs of design flexibility, cost savings, and product performance. In a country where industrialization moves at a faster rate than any other region of the world, no doubt that this particular product offers a unique business opportunity for investors who are willing to explore in this field.

Heeding the promise, in 2010, were representatives from Grupo Aluminio of Spain who did an exploratory visit to the country, subsequently met with key members of the Bu-Khamsin Family and collected basic data to make up this Business Plan. From the business plan, they were able to produce financial model that showed the financial feasibility and economic potential of the project. Both ETE and Tecalum believed that it was a sound opportunity to enter a market untouched by world economic crisis and with promising growth prospects.

Strategically positioned in one of the fastest growing economies in the world, EASTERN EXTRUSION FACTORY had begun its soft operation in February 2013. It is a joint-venture between TECALUM of Spain and Eastern Trading and Contracting Group (ETE Group) in Saudi Arabia. It focuses on local manufacturing and marketing of Aluminum extruded profiles. To achieve this objective, Eastern Extrusion Factory has built a factory on 10,500 m2 lot located at the Dammam Second Industrial Area, Saudi Arabia. The extrusion plant has been manufactured and installed by the Spanish company TECALEX.

The core objective of the JV (under the name “Tecalum Arabia”) is to create an extrusion plant "greenfield" in Saudi Arabia to supply aluminum for the construction market, primarily residential. The residential sector remains strong in Saudi Arabia despite the current world economic crisis. Projections have been announced to build about 150,000 new homes a year to supply unmet demand and the strong demographic pressure of a predominantly young population.

True to its vision, on 12th day of November, 2013 the Eastern Extrusion Factory was finally unveiled. The formal inauguration ceremony marks a very significant milestone of the joint-venture company as the second international route of expansion in the countries of Middle East, next to North Africa.

The honorable guest who led the cutting of ribbon ceremony was Dr. Tawfiq bin Fawzan Al Rabiah, the prominent Minister of Commerce and Industry and concurrent President of MODON,( The Saudi Industrial Property Authority ) a special government agency responsible for the development of industrial cities with integrated infrastructure and services.

Dr. Tawfiq delivered an inspirational message to the owners & stakeholders who initiated this project, which is according to him, of great significance to Saudi Arabia’s growing manufacturing industry. He was extremely delighted having personally seen the state-of-the-art aluminum extrusion factory. With the factory’s modern facilities & its ultra-advanced systematic operations, the Minister was truly impressed & had expressed positive outlook of the business. According to him, considering the robust economic state of Saudi Arabia and the neighboring GCC states, such products are projected to be in high demand considering the rapid transformation of its socioeconomic landscape in the kingdom.

Tokens of appreciation were then presented to the guests by Mr. Hossam Bu-Khamsin, the Vice President of ETE Group. Shortly after the ceremony, the guests have proceeded to the Dammam Second Industrial City to ocular the progress of Medium Industrial Factory which was constructed by one of ETE Group’s Division, ETE Construction Division.

MENA Business Investment Group, S.L. (www.mena-big.com) is a Spanish company with Head Quarter in Barcelona specialized in strategic consultancy and international business development between Spain and Middle East (Specially the Gulf States), with offices in Barcelona, Saudi Arabia and with infrastructures and network of contacts and specialized partners in Qatar, Dubai, Lebanon & Morocco.

Download attachments:
More in this category: GAM Arabia plans second branch in Saudi Arabia as fleet grows »
back to top